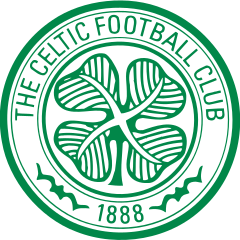 As I've stated in previous years, writing a season preview for Celtic is a rather different proposition from doing one for other Scottish Premiership clubs.  The targets are so wildly different.

The bottom line is that they should win the league at a canter again, though finishing unbeaten two years running is unlikely simply because it is unrealistic for them to go another thirty-eight games without even suffering an off-day and/or terrible dose of bad luck.  Whilst the same risks apply in a cup competition, such is their domestic dominance that they will fancy their chances of becoming the first Scottish side to win back-to-back trebles.

That's just the way things are right now.  They have far more wealth than the opposition, which in turn means they have a stronger starting lineup and much greater depth, and unlike a couple of years ago they are not weakened by a mediocre manager.  The only club who could realistically hope to match them in the long-term resource-wise, Rangers, are so far adrift that they finished thirty-nine points behind Celtic last season.

So Celtic's aspirations are far higher: namely, the Champions League.  Making the Group Stage last season, for the first time in three years, was of great importance both financially and in promoting the image of the club.  Finishing bottom of an horrendously tough group was not a shock nor a letdown; whilst there will be dreams of making it to the last sixteen, a more realistic aspiration would be a third place finish which in turn would allow them a crack at the Europa League after Christmas.

The squad does, at this time, look a bit stronger than a year ago; whilst Kendai Benyu is one for the future and Jonny Hayes has been signed mainly as a backup, hopes are high for French under-21 international Olivier Ntcham, the club's most expensive signing for sixteen years.  A powerful, energetic midfielder who also has a superb range of passing, he should be unplayable in Scotland and boost their Champions League chances.

But most importantly the team is better in all areas than last autumn - and the credit should all go to Brendan Rodgers.  The list of players who have dramatically improved after a season of his coaching is long: Craig Gordon, Jozo Simunovic, Kieran Tierney, Stuart Armstrong, Tom Rogic, James Forrest.  Even Scott Brown was revitalized and might have just had the best season of his career

On the other hand, a failure to get through the final qualifying round would be an enormous disappointment and would potentially put the mockers on the season even as early as August, although the Europa League group stage would be more than scant compensation; they are far more likely to go further in that tournament than they are to do so in its bigger, more glamorous brother.  But an early Champions League exit risks turning the head of a number of top players who might fancy bringing forward any plans for a move to a bigger league.

And there are a few with such aspirations.  Moussa Dembele remains the biggest playing asset, and his eventual asking price might be higher than Rangers' turnover.  Armstrong is attracting interest from England, especially with his contract running down.  Simunovic has a few suitors.  But the biggest risk is that, without a chance to test himself against the continent's elite, Rodgers might simply get bored.  Scottish football is not proving enough of a challenge.  He did sign a four year contract in the summer, but in reality all that does is give him a pay rise and guarantee Celtic a significant sum in compensation if he is poached.

That would be a shame, because Celtic's best chance of hauling themselves back into a position amongst Europe's great and good is holding onto Rodgers for the near future.  He has proven himself to be an outstanding coach - look how many players have pushed on in his twelve months in charge - and tactically he is well ahead of his local peers.  The team can switch formation easily at a snap of his fingers, and whilst they are impeccable in possession they are also excellent without the ball and can create a great variety of different types of chances.

And in the meantime, seven-in-a-row is an absolute cert.


Lawrie Spence (LS) has ranted and spouted his ill-informed opinions on Narey's Toepoker since September 2007.  He has a life outside this blog.  Honestly.
Posted by Lorry at 12:25 PM